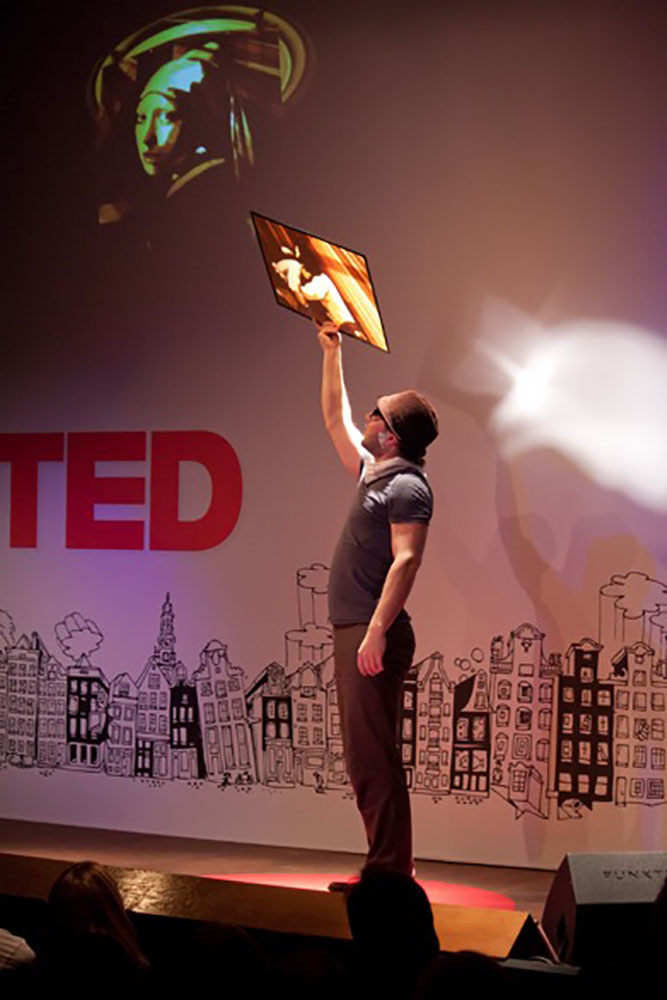 TED Talks Amsterdam is organized by a nonprofit foundation driven by volunteers and financially supported by sponsors from the corporate world. The main goal of the foundation is to organize several annual events and create a movement around ‘ideas worth doing’. Max Zorn was invited in 2012 just after his initial viral video was released to speak about his tape art discovery, his method, and his initial project Stick Together that spread art for free to fans around the world.

Max Zorn silenced the room with his speech, including images and his making-of video that showed the process of his tape art technique. He included a few real pieces to show the crowd, and received a heavy round of applause from the audience. This was the first speech Max Zorn had delivered about tape art, and about art in general — a mere few months before he had just begun his career in tape art.

Theme by Anders Noren — Up ↑